So I guess Connor McDavid and Auston Matthews have started practicing together recently. Both former 1st overall picks, both amongst the best in the game have been practicing four times a week down in Arizona and they have drawn the attention of other NHL stars. Most notably Jonathan Toews and Matt Dumba. While this is probably one of the least likely pairings we could think of, it is still cool that they are doing this.

What I really want to see from this is some damn competition. Give me some Mighty Ducks 2 scene of a  remake of Bombay vs Stansson.

I want the rivalry. I don’t care if they have to stage it, but for the love of God, give me video evidence so that we can finally shut Leafs fans up and show that McDavid is better than Matthews. 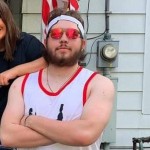 19 hours ago Nick Newell
We use cookies to ensure that we give you the best experience on our website. If you continue to use this site we will assume that you are happy with it.Ok