One of this offseason’s biggest free agents has finally found his new home.

The best defensive player to hit free agency has been locked up by Vegas, much to the team’s disapproval. Rumors were swirling that this potential signing was creating a lot of division between the players. A lot of the players don’t feel like it’s fair that they’re moving everyone to try and create room for new free agents, but sometimes, that is just the way business goes.

Regardless, the Knights got one of the best defensemen in the game in Pietrangelo. After successfully helping to lead St. Louis to a Stanley Cup over Boston in 2019, he still managed 52 points on 36 assists this season. Even on top of his offensive production, he is still one of the best defensive lockdowns in the game. Pietrangelo signs this contract at 30 years of age, and given the deal includes a full NMC, it seems like this is where Alex will be retiring. Pietrangelo has a lot to be excited about, as this Knights team is debatably the most exciting team in the league right now. After being Cup contenders this season, they made their roster even stronger with this move. Pietrangelo now serves as the #1 on Vegas’ blue line, and expect this team to wreak havoc for years to come. 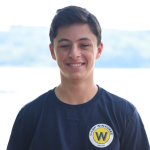