Labeled Brawl by the Falls, the event was headlined by Ontario native, Michael Imperato, who welcomed Keith Carson to Canada.

In the two opening bouts of the night, both Nate Ledger and Matieu Langlais made a massive impact opening tonight’s fight card. Ledger would secure a TKO victory in the 2nd round, while Langlais found the early knockout.

Though a similar outcome, each approach was different. While Ledger was aggressive, pouring on the leg kicks and jabs, perfectly setting up the finish, Langlais laid low, waiting for his opportunity to find an opening.

Our co-main event saw a FOTN performance from both Gino Ghalepardez and Noah Crosswell. Split between the judges, it was also 50/50 from the fight fans in attendance. Ultimately, Gino would score the split decision victory, advancing his record to 2-1.

In the main event of the evening, I mean, there’s not much to say. Michael Imperato would welcome Keith Carson to Niagara Falls, Ontario, Canada, not only to aggressively search for the early finish but find success in doing so. 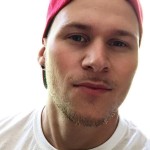 High And Low Stake Betting, What You Need To Know