The main event of UFC Vegas34 is an exciting middleweight match-up between Jared Cannonier and Kelvin Gastelum. Originally scheduled for Paulo Costa to take on Cannonier, Gastelum yet again steps in place of the Brazillian. With both men coming off losses to Robert Whittaker, both fighters are looking for a win to put them back in contention in the division.

The loss to Whittaker will have been hugely disappointing to Cannonier. Following three straight wins, all by knockout, Cannonier was beginning to put the division on notice with his powerful striking. In fact, champion Isreal Adesanya was even willing to give him the next shot at the title had he defeated Whittaker. However, after breaking his arm in the bout, Cannonier failed to recover and Whittaker got the decision.

Almost ten months later, Cannonier will want to remind everyone why he’s such a dangerous fighter. Arguably the most powerful fighter in the division, Cannonier is a problem for anyone at middleweight. After Whittaker, the next challenger to Adesanya is unclear, so he will look to make a statement tonight with another knockout victory.

Kelvin Gastelum finds himself in a difficult position heading into this fight. Stepping in for Paulo Costa yet again, this will be Gastelum’s third bout in the last seven months. After defeat to Robert Whitaker, he is 1-4 in his last five fights. Not to be overlooked, Gastelum will want to show he’s still a serious contender with victory over Cannonier.

Over the years, Gastelum has been a warrior in the middleweight division. Despite his disappointing run of form, Gastelum has always faced the toughest competition. He gave Adesanya his toughest test in the middleweight division and faced four other former champions in his career. His constant pressure and high-level wrestling make him a difficult test for anyone in the division. As Michael Bisping found out, his powerful hands make him dangerous to stand and strike with.

His defeat to Whittaker would have been a difficult setback to take. Following victory over Ian Heinsch, Gastelum took on Whittaker on short notice and will have hoped to gain some momentum with another victory. However, Whittaker was able to fight on the back foot and land four takedowns to stop the threat of Gastelum. While Gastelum must be praised for his willingness to fight so often, another defeat would leave him in a difficult position in the UFC.

What can we expect in this fight?

With both fighters needing a win, this bout should be guaranteed entertainment. For Cannonier, he will want to remind everyone why he’s such a dangerous force in the division. Meanwhile, Gastelum will look to show that he can still compete at the highest level.

For Cannonier, expect a very aggressive start to the bout. An early knockout victory would make the division take notice and put him back into title contention. His knockout victory over Jack Hermansson showed how powerful and quick his striking is. However, Gastelum has shown he is willing to stand and strike with high the very best of the division. Combined with his excellent wrestling and grappling, it could be a very difficult night for Cannonier.

Expect Cannonier to use his jab and leg kicks to try to keep Gastelum at a distance and stop his momentum. While Cannonier is arguably the more technical fighter, he’ll be keen to avoid the wrestling of Cannonier and keep the fight standing. Should he succeed in this, he should get the victory. For Jared Cannonier vs Kelvin Gastelum, the prediction is… 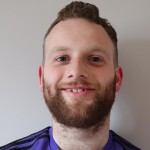