Coming into this season, the Blues faced a lot of tough questions. Who will step up? Who will help fill the shoes of Alex Steen, who retired in the offseason? And who will help replace the offensive production left behind by Tarasenko, who has been on the LTIR all season?

The Blues drafted Kyrou 35th overall at the 2016 NHL Draft. Coming out of junior hockey, many projected Kyrou to be an impact player in a Top-6 forward role, but has taken some time to finally progress.

Kyrou was a member of the OHL’s Sarnia Sting for his whole junior career. In 250 games with the Sting, Kyrou put up 99 goals and 191 assists for 290 points. Kyrou also produced 6 goals and 14 assists in 28 career OHL playoff games.

Jordan Kyrou was also a part of Team Canada’s gold medal win at the 2018 IIHF World Jr Championships. In 7 games played at the tournament, Kyrou produced 3 goals and 7 assists for 10 points.

Kyrou made his NHL debut on October 4th, 2018 against the Winnipeg Jets, after cracking the opening night lineup for the Blues for the 2018-19 campaign.

The Blues have been greeted with the pleasant surprise of Kyrou’s play this season. In just 13 games played this season, Kyrou has scored 5 goals and 7 assists for 12 points, matching his NHL career total of 12 points in his first 49 career NHL Games (44 Reg Season + 5 Playoffs) over the past two seasons.

Coming into the season, many believed this would be a make or break season for Kyrou. Some players take more time than other’s to develop, but the fear was Kyrou turning into a Robby Fabbri type prospect. A large junior hockey point producer who would struggle to produce at the next level, but with the development of Kyrou this season, that fear is gone, atleast for now.

The Blues have been in a terrible slump as of late, losing 3 in a row to the Arizona Coyotes. They will look to guys like Kyrou to help them climb out of the hole they’re in.

The Blues are back on the ice Friday night against the Arizona Coyotes. This will be the fifth of seven matchups in a row between the two teams. 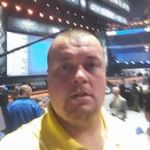 Tarps Off Sports Announce The Formation Of Tarps Off Fight Club