Ugly. The only word to describe last night’s game. Raps last game I feel went as it should and last night felt the same. A 120-106 loss to the Boston Celtics. The main reason for the ugliness was the 13 turnovers by the Raptors alone. Beating Boston is a challenge but turning it over 13 times is a death sentence.

Despite the setback, the Raptors had a 4-2 road trip that’s a positive to take moving forward. Norm was in beast mode the whole trip and may have forced NN’s hand in making him a starter. Obviously, Baynes is the odd man out of the happens. Super small ball.

Another positive out of yesterday was the Raptors will be in Tampa Bay full time through the end of the season. Smart move. The Canadian government has stuck to its word and you have to appreciate that. I know the players don’t mind.

Terrance Davis had a rough night but other than that every player that hit the floor played pretty well. Lowrys 5 turnovers we’ve been living with it for years so it wasn’t a shock but the Raps need to play near-perfect vs a team like Boston.

Next up, a date with KAT and the further north Minnesota Timberwolves on Valentine’s Day. 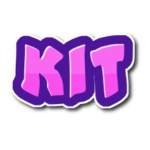